Concept: Japanese telecommunications company NTT Docomo (Docomo) has rolled out a new blade-free and blimp-type drone that can fly silently without using propeller blades. The new drone is equipped with a high-resolution video camera that can capture high-quality video. This can be used at events for aerial videography as well as a surrealistic standalone attraction.

Nature of Disruption: Docomo’s new drone leverages helium to remain airborne and is propelled forward, backward, up, and down by small modules that produce ultrasonic vibrations to move air. The module produces minimal noise with its minute vibrations and is safe to touch, which makes it safe to be used in homes, concert halls, and other indoor spaces. Docomo claims that the new drone leverages a robust propulsion system to achieve stable flight. It can be controlled through a communication network for easy systemized operation, including automated flight. The company claims that the new drone consumes less energy than a drone with propellers which can offer an extended flight time. It makes very little noise which can help in increasing the clarity of the videos shot by the drone.

Outlook: Many drone designs contain numerous spinning blades, which provide enhanced agility and the ability to hover. As more drones take to the air, these loud, energy-intensive, and spinning blades pose a rising risk to humans, animals, objects, and other drones. Engineers frequently utilize advanced object detection software and algorithms to tackle this difficulty, or they encapsulate drones in a crash cage. Docomo aims to commercialize the drone design by March 2022 and use the drone for various applications. It claims the possibility to use projection mapping to display images and videos on the drone’s surfaces. Also, the drone can be fitted with cameras for monitoring and security solutions. The company aims to enhance the capabilities of the drone for diversified applications leveraging its mobile network technologies. 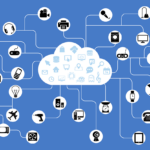 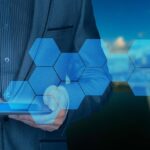