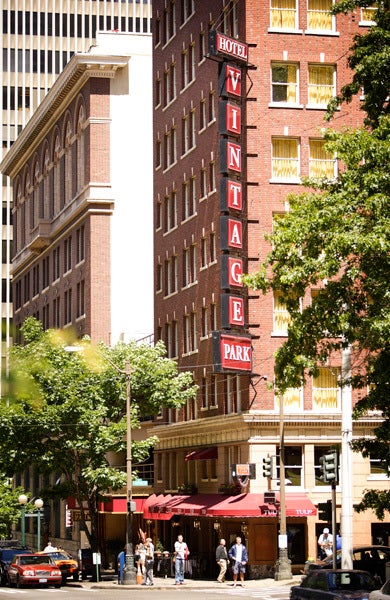 The 11-storey Hotel Vintage Park Seattle, built in 1922, was converted by Kimpton to a hotel in 1992, and features amenities including 1,000ft² of meeting space, in-room spa services, a fitness centre, a business centre, and a 66-space, on-site parking structure.

According to the US-based REIT, the Hotel Vintage Park Seattle, which operated at 88% occupancy in 2011, is expected to generate earnings before interest, taxes, depreciation and amortisation (EBITDA) of $2.3m to $2.8m during the next 12 months.

Alcohol-free alternatives: the new way to socialise on holiday

The ten biggest hotel chains in the Middle East in 2020

The ten biggest hotel chains in the Europe in 2020

The Hotel Vintage Plaza Portland, located in the downtown Portland business district at the corner of Broadway and Washington, was built in 1894 and fully renovated in 2008.

In 2011, the Hotel Vintage Plaza Portland operated at 87% occupancy and is expected to generate EBITDA of $2.1m to $2.6m over the coming year.

Pebblebrook expects to incur about $0.4m of costs related to the acquisition of both hotels, which will bring the total number of properties in its portfolio to 23.