Countries including Britain, Germany and Switzerland sought to allay concerns that they won’t have sufficient stocks of Gilead Sciences Inc.’s Remdesivir, one of two drugs shown to treat Covid-19, after the US forged a deal to snap up almost all the supplies for three months.

US: Covid-19 cases in the US rose by almost 50,000, the biggest daily increase since the pandemic started, according to the latest Reuters tally late on Wednesday. 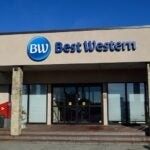 India: India has now recorded more than 600,000 coronavirus infections and 17,834 deaths. The country has the fourth-largest outbreak in the world, and the increase in infections presents a severe challenge for its overburdened health system.

Mexico: Mexico’s health ministry has reported 5,681 new cases of coronavirus infections and 741 additional fatalities, bringing the total in the country to 231,770 cases and 28,510 deaths.

Germany: The number of confirmed coronavirus cases in Germany increased by 503 to 195,228, data from the Robert Koch Institute (RKI) for infectious diseases showed on Thursday. The reported death toll rose by nine to 8,994.

A small World Health Organization advance team is making preparations with Chinese colleagues to set up the scope of its mission to China to investigate the origins of the coronavirus, according to Mike Ryan, head of the WHO’s emergencies program.

Thailand: Thailand has confirmed six new cases of Covid-19, all related to returnees who are staying in state quarantine. The country has recorded no local transmission of the virus for more than five weeks.

US: The US has postponed flights for dozens of American diplomats who had planned to return to China later this month, Reuters reports, after failing to reach an agreement with Beijing over issues including Covid-19 testing and quarantine.

Australia: Police in Melbourne have warned that little leniency will be shown to people found flouting lockdown rules in hotspot areas, Australian Associated Press reports. More than 300,000 people entered a second lockdown in Melbourne’s inner north and west from Thursday after a spike in coronavirus cases.

Cuba: Cuba has announced that it will begin easing a pandemic lockdown on Havana on Friday, while most of the rest of the country will move to phase two of a three-phase process towards normalization.

Japan: Tokyo confirmed more than 100 new coronavirus infection cases on Thursday, according to public broadcaster NHK, the Japanese capital’s highest daily tally in two months. The city of 14 million initially sought to hold new daily cases below 20 since Japan lifted a state of emergency on 25 May, but its tally has consistently exceeded 50 recently, Reuters reports.

France: All indicators are showing the coronavirus is under control in mainland France after some 200 clusters identified since lockdown measures were loosened were contained, French Health Minister Olivier Veransaid in an interview on RTL radio.

US: Manhattan home sales plunged the most on record in the second quarter as New York was shut down to prevent the spread of Covid-19.

The US House of Congress on Wednesday approved the extension of the popular Paycheck Protection Program for small businesses until 8 August, hours after the deadline for applications lapsed with more than $130 billion still available.

Australia: About 480,000 mostly younger Australian workers have drained their retirement savings accounts after the government allowed early access to alleviate their financial hardship during the coronavirus outbreak, according to an industry group.