Israel-based hotel company Fattal Hotel Management is holding advanced negotiations with UK-based InterContinental Hotels Group (IHG) to acquire a portfolio of 22 hotels in Germany for €300m, as part of its strategy to expand its European operations.

The final deal for the 22 Holiday Inn hotels is expected to be signed in the next few weeks, reported Israeli business news website Globes, citing sources with knowledge of the matter.

Fattal has been holding talks with IHG for over a year now.

Several Jewish families are expected to participate in the investment when the deal is closed. 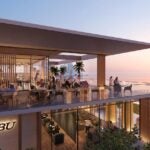 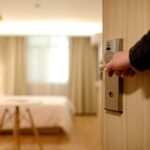 View All
"The final deal for the 22 Holiday Inn hotels is expected to be signed in the next few weeks."

IHG has around 69 hotels in Germany, 56 of which belong to the Holiday Inn brand and about 14 hotels are in the pipeline.

Fattal Hotel, which is based in Tel Aviv, operates 36 hotels across Europe under the Leonardo label, which was launched nearly six years ago.

With operations in Austria, Belgium, Germany, Hungary, and Switzerland, Fattal Hotel has annual turnover of around €120m in Europe and employs more than 2,000 people.

In 2012, Fattal Hotel Management CEO David Fattal announced that the company intends to operate 60 hotels in Europe within the next three years, and have 100 hotels in the group.

In line with this plan, Fattal signed a contract to manage two hotels in Austria and Switzerland in July 2012.