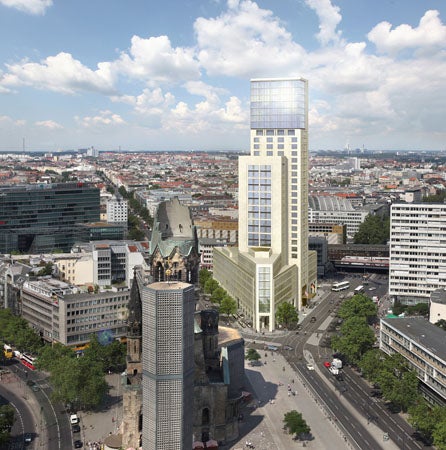 Parisian agency Inter Art Etudes has designed the hotel’s interior design as a legacy of Waldorf Astoria, which was opened in 1931 on New York’s Park Avenue.

News
Appealing to the Senses

For meetings and events, Waldorf Astoria Berlin offers a venue with the capacity to accommodate up to 1,200 people.

A 3,550ft² ballroom on the second floor is suitable for weddings, award ceremonies or banquets.

On the sixth floor, five private rooms are available for up to 200 people.

"Waldorf Astoria Berlin is a wonderful addition to our portfolio, offering exquisite luxury that combines culinary excellence with a world-class spa offering and flawless, intuitive service," he added.

Hilton Worldwide EMEA president Simon Vincent said: "Waldorf Astoria Berlin is an outstanding example of the splendour for which the brand is renowned and is a fantastic addition to our multi-brand portfolio in Germany where we now operate 18 hotels across four brands."