The global travel and tourism sector has registered a 13.7% growth in deal activity in October compared to the preceding month, despite the ongoing Covid-19 pandemic that battered travel demand, according to GlobalData, a data and analytics company.

GlobalData lead analyst Aurojyoti Bose said: “Despite being the hardest hit industry due to the Covid-19 pandemic, the travel and tourism sector managed to reverse the decline that was witnessed during the previous month, which was driven by improved deal activity in North America and Europe.” 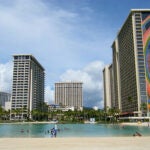 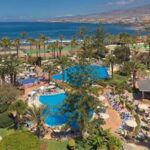 However, the number of equity offerings decreased on a month-on-month basis.

Bose added: “The deal activity increased in key markets such as the US, the UK, France, and China during October compared to the previous month, while India, South Korea, and Australia showcased decline and it remained at the same level in Germany and Canada.”

Recently, GlobalData estimated that the recovery of the tourism sector across the Asia-Pacific (APAC) region will take time even after the withdrawal of travel restrictions.

It noted that international tourist arrivals in the APAC region dropped by more than 75% in the first eight months of the year.