To be located in Salman Shah by the Caspian Sea, the hotel is part of the Ghoo, Middle East Diamond project being developed by Iranian investor and Azimzadeh Carpet CEO Ahad Azim Zadeh, reported Arabianbusiness.com.

Apart from the hotel, the 180,000m² project will include a resort, a retail mall, a sports centre and two residential towers.

The hotel will occupy a 130m-high tower and feature 319 rooms, including a presidential suite, as well as seven bars and restaurants and other amenities such as swimming pools and a spa. 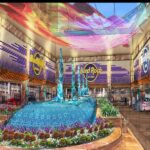 Meliá Hotels International vice-chairman and CEO Gabriel Escarrer said: "We have always been pioneers in the development of new markets in the travel and tourism industry, so it is a fantastic challenge for us to be involved in a project, which is so important for the future of the industry in this country, in a historic moment for the international relations within the area."

Zadeh said: "This is a historical moment for Iran’s tourism, and we are pleased to be a key part of it. Tourism brings social and economic development to a community, as well as people and cultures. Ghoo, Middle East Diamond will mark a turning point in tourism in Iran and the modern and avant-garde hotel and resort’s sector."

With the lifting of Western sanctions, Iran expects to attract more than 20 million passengers a year by 2025, as against the current five million.