The deal covered Radisson Hotels Americas’ franchise agreements, operations and intellectual property in the US, Canada, Latin America as well as the Caribbean.

Choice Hotels said that it will own and run the brands independently in the Americas. 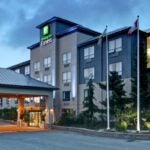 Together, these nine brands will expand Choice Hotels International ’s room by 67,000 rooms and bolsters its presence in the higher revenue upper upscale and upscale full-service segments.

Furthermore, the acquisition will also augment the hospitality groups’ presence in core upper-midscale hospitality segment, predominantly in the West Coast and Midwest regions of the US.

Credit Suisse Securities (USA) acted as the financial advisor to Choice Hotels International on this transaction while Willkie Farr & Gallagher served as the legal advisor.

Baker McKenzie was the legal advisor to Radisson Hotel Group.