The deal values the hospitality brand at $3bn.

The investment will be used by the hotelier company to improve its current portfolio, boost the construction pipeline of new Aman and Janu-branded properties, and support the procurement and building of additional sites.

PIF deputy governor and head of the fund’s international investments division Turqi Alnowaiser was quoted by National News as saying: “Our investment in Aman Group reflects PIF’s belief in the current potential of the hospitality and tourism industry, both internationally and in Saudi Arabia.” 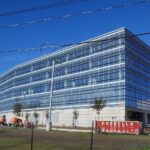 Across 20 countries Aman Group owns 34 hotels, of which 12 will include Aman Branded Residences.

Currently, nine hotels and residences projects are under construction.

Affiliates of Aman either own or partly own 16 of the 34 hotels. However, such ownerships are not part of this latest deal.

Aman has a pipeline of locations in countries including the US, Japan, Mexico, South Korea, Saudi Arabia, and across Europe.

Cain International co-founder chief executive Jonathan Goldstein said: “As the hospitality landscape continues to evolve, we expect to see a growing desire for travellers and investors alike to prioritise experiences supported by pre-eminent brands like Aman.”

In 2014, Vlad Doronin acquired the group and grew the business globally.

Doronin is the owner, chairman and CEO of Aman Group.

In June, Cain announced Aman as the flagship operator of a 17.5-acre mixed-use urban resort, One Beverly Hills, which is being developed in Beverly Hills.