Listed below are the key geopolitical trends as drivers of tourism, as identified by GlobalData.

Tourism as a form of ‘soft power’

Soft power refers to the attractive assets a destination holds such as culture, education, language and values that can aid inbound tourism to a country, not only encouraging spending but also leaving people with a different impression of destination.

Strict visa regimes and a secretive government have hindered tourism development in Russia, giving the destination a form of a ‘Cold War spy movie reputation’. September 2019 saw the Russian Federation open up more of the country to tourists through easing once restrictive visa regimes for particular nationalities.

International events such as the 2014 Sochi Winter Olympics alongside the 2018 World Cup likely led government to be less sceptical on easing visitor restrictions for some markets identifying tourism as a key driver for economic gain.

Regional integration is the process where two or more nation states agree to cooperate and work closely together to achieve peace, stability and wealth. The European Union (EU) officially formed in 1993 under the ‘Maastricht Treaty’ and is an economic and political union across 27 countries. The union operates through a single market (internal) permitting the free movement of goods, capital, services and people between member states. Developing the single market and the collaboration across destinations has enabled Europe to develop a strong and viable tourism sector. 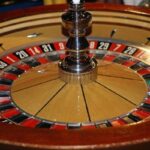 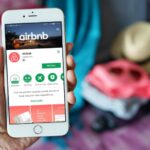 Whilst regional integration can be a key driver for tourism, it can also have its weaknesses. Eurosceptic movements have started to gain greater traction and there is no better example here than that of the UK’s decision to leave the EU in 2016. This decision will have pitfalls for both the UK and EU member states as both are incredulous source markets for the other.

Dark tourism can be described as the act of travel to sites associated with death, suffering and the seemingly macabre. This is not a new trend to be sweeping global markets but has been fascination of tourists since travel was possible with visits to medieval battlefields, war memorials, etc. As aforementioned, geopolitical tensions have the potential to heighten to a causing mass conflict and destruction between destinations destroying livelihoods. Post conflict, dark tourism however does have opportunity to generate inbound travel as travellers are interested by the seemingly macabre.

Soviet Tours promotes ‘off the beaten path’ destinations and as the name describes the majority are based around the Soviet Union (USSR) with destinations such as Crimea, the Donbas and Ossetia included. Rwanda and Cambodia have also gained considerable traction over the years. Operators urging inbound travel to these destinations now typically sell dark tourism excursions to both concern and educate travellers, GAdventures and STA travel are but a few.

Both heritage and cultural tourism are subsets of leisure travel where a tourist ventures to a destination to gain insight into it. Authenticity is key here as a tourist aspires to truly experience a destination through interacting with the locals, learning about their lifestyle, religion and history.

The Tiananmen Square massacre occurred in Beijing (China) in 1989 where Chinese military opened fire on unarmed protestors. Macau and Hong Kong are the only two places where people can commemorate the victims of the crackdown in Chinese territory. The ‘Pillar of Shame’, a memorial statue was built in 1997 to mark the eighth anniversary of the protests. In light of recent events as China has imposed the national security law on Hong Kong, a monument such as this will likely hold greater value, becoming more iconic of the turbulent relationship between China and Hong Kong.

Geopolitics and its Impact on Tourism – Thematic Research
SUBSCRIBED