Hospitality firm InterContinental Hotels Group (IHG) has strengthened its presence in Greater China with the opening of its 600th hotel. 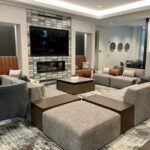 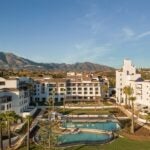 “While Covid-related travel restrictions had posed challenges to the travel and hospitality industry, the market showed strong resilience and growth opportunities stimulated by favourable policies, including the 14th Five-Year Tourism Development Plan.”

IHG, which opened the first Holiday Inn hotel in Beijing, is one of the first international hotel companies to enter Greater China.

The new opening highlights its commitments to the Greater China market.

The company is continuing to expand in the region with the signing of 53 hotels in Greater China in the first half (H1) of this year, with another 469 expected in the pipeline.

In July this year, IHG Greater China’s RevPAR recovered to more than 80% of the same period in 2019, while Eastern and Northern China were restored to 60% and 70%.

“We have highly localised our operating models – underpinned by attractive industry fundamentals, a diverse portfolio of beloved brands, and cutting-edge digital innovation – which have all contributed to IHG’s steady expansion in Greater China.”