Turkish Hotel Association (TUROB) has reported that the hotel occupancy rate in Turkey dropped in the first half of 2020 (H1).

Istanbul and Antalya reported occupancy rate of 37.2% and 32.5%, respectively. 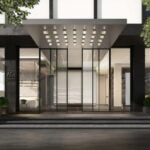 Turkey Culture and Tourism Ministry said about 4.5 million foreign tourists visited the country in the first half of this year.

The novel coronavirus has severely affected economies hard across the world.

Industries such as global aviation, travel and tourism, non-essential retail, hospitality and more have been hit hard due to safety measures and restrictions put in place to curb the virus spread.